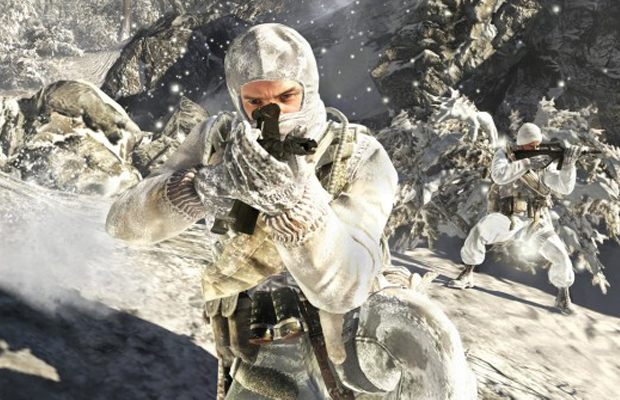 There’s been several PS Vita titles announced and secretly in the works since Sony’s unveiled its new portable. One of them was a new entry in the Call of Duty series. Sadly, no projected date was ever disclosed. However, Sony Senior VP of PlayStation brand marketing, Guy Longworth, recently sat down with GameTrailers and confirmed the game will indeed be released sometime in 2012. His words: “In the Autumn, [my kids] are really looking forward to Call of Duty on Vita, and that’s going to be an absolute game changer for the platform.”

It’s unknown whether we’ll see an actual port of Modern Warfare 3 or a portable version of the heavily rumored Black Ops 2, which was listed on Amazon France a few days back and taken down (read here). Point is, Activision and Infinity Ward are going in on a Call of Duty PS Vita title as we speak. Another reason to pick up a system.