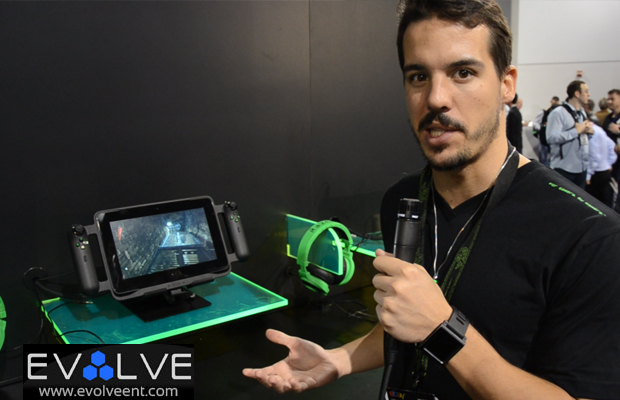 Razer blew every hardcore gamer’s mind when it unveiled the Project Fiona gaming tablet at last year’s CES festivities. But the company’s been putting in OT over the past 12 months, reappearing at CES 2013 with an updated version of its concept, which now goes by the name of the Razer Edge. Fitting title. As you can see, the “world’s first tablet made for PC gamers” has received a number of powerful upgrades: including Core i5/i7 processor configurations, GeForce GT 640M LE graphics chip, and larger storage capacities (64GB or 128GB).

Aside form its high-powered spec sheet, what differentiates the Edge from the competition—it can be used as a standalone tablet to play games or purchased as a bundle with a controller that locks onto the device. From our hands-on, we can attest to its impressive benchmarks and visuals, especially when playing Dishonored. Razer Product Manager Hilmar Hahn stepped away from the large crowd to give Evolve TV a special look at the Razer Edge tablet. See what Project Fiona’s working with.