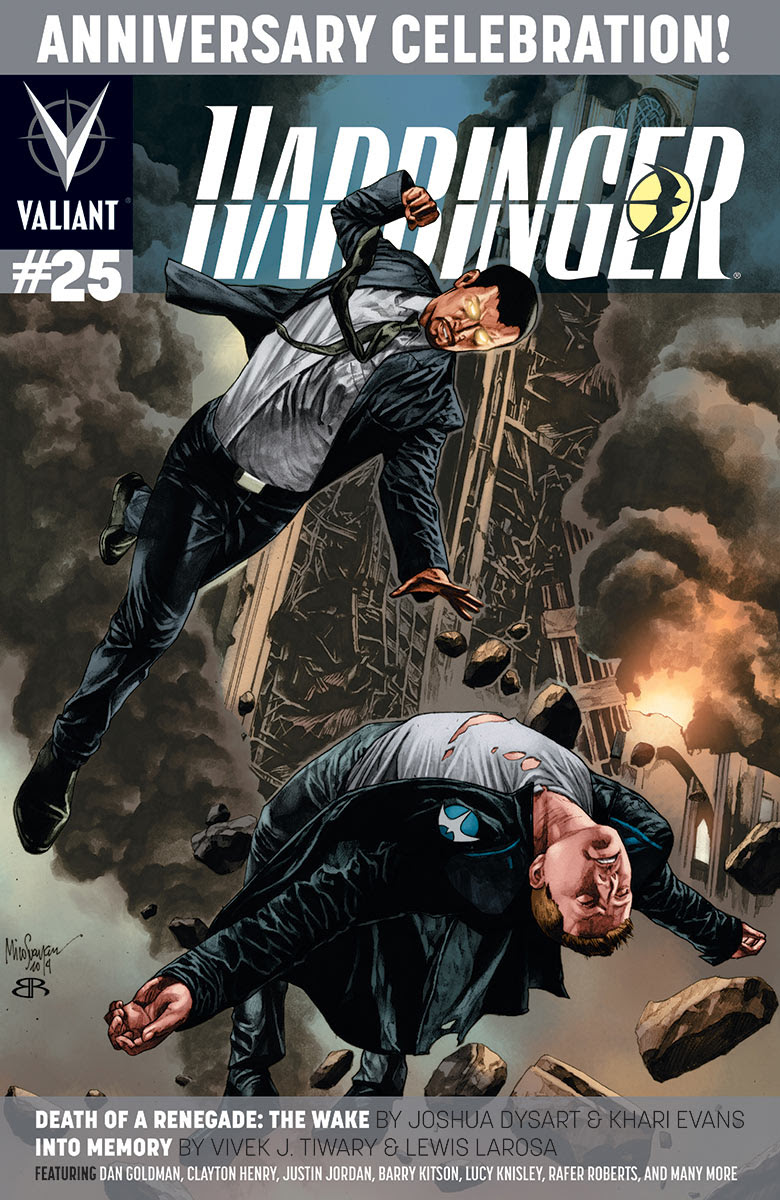 Original series creators Joshua Dysart and Khari Evans team up with an incredible roster of award-winning talents, including Lewis LaRosa (Punisher MAX), Dan Goldman (Red Light Properties), Clayton Henry (Archer & Armstrong), Lucy Knisley (Relish: My Life in the Kitchen), and Barry Kitson (Empire) to bring us a 48-page anniversary issue that promises to change the Harbinger universe. This action-packed issue finds the world’s most powerful “harbinger,” billionaire Toyo Harada, alone and the full extent of his powers exposed to the public. The book, which contains two stories, heralds the climax of one of Valiant’s most impressive franchises.