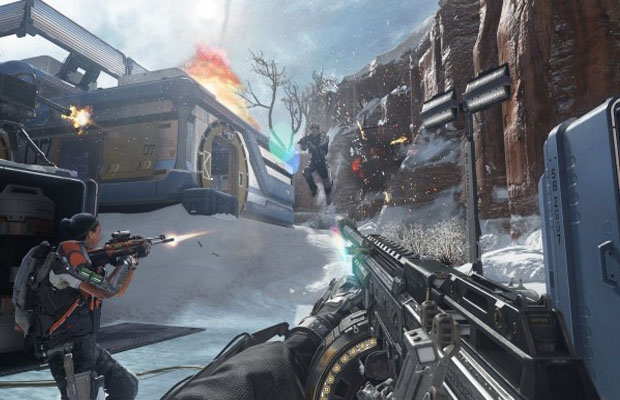 Michael Condrey, co-founder of Sledgehammer Games, has been making his rounds on Twitter recently and making huge announcements regarding Call of Duty: Advanced Warfare. He has delved into some pretty interesting stuff, but recently disappointed a very select fan base tweeting the new COD game will not make its way onto the Wii U.

Condrey did confirm that the studio is working on making previous-gen console ports, although, it will not be done by Sledgehammer. Advanced Warfare has been confirmed to launch on the Xbox One, PS4, PS3, Xbox 360 and PC this November 4th or (November 3rd if you purchase the Day Zero Edition).

Condrey went on to confirm more details surrounding Advanced Warfare, mentioning that there will be 13 multiplayer game modes at launch. It has been revealed that Team Deathmatch, Search & Rescue, Capture the Flag and many more classic Call of Duty modes will make their return, but not a fan favorite, Demolition. A few more details were mentioned about the “hardcore” modes and it has been confirmed that all hardcore modes will feature “team kill” and not “ricochet” meaning that you will kill a teammate upon firing at them and not just harm them.

As for the other minor details, Condrey confirmed that classic Call of Duty weapons like the AK-47 will make their return. Along with classic weapons, camos will be in full effect in Advanced Warfare and maybe even DLC camos like those featured in Black Ops 2.