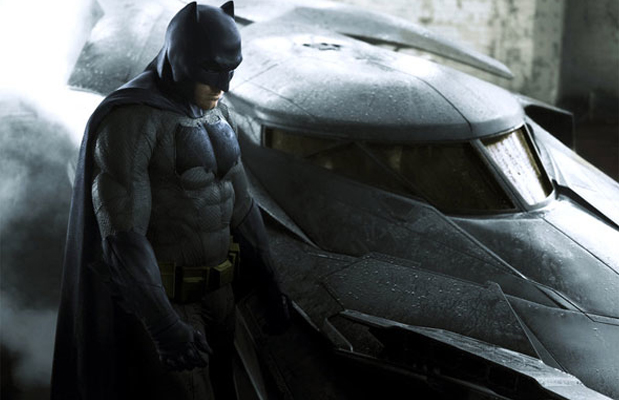 2016 promises to be a huge year for DC Comics and Warner Bros. because they will officially kick-start their new superhero cinematic franchise with Batman v. Superman: Dawn of Justice and follow-up with the star-studded anti-heroic feature Suicide Squad. Inter-connectivity seems to be the name of the game for these features since there is speculation that Ben Affleck’s Batman is somehow tied into David Ayer’s comic-adaptation. According to the Latino Review, Batman’s involvement with the Suicide Squad is tied into his history with his arch-nemesis: the Joker and the government has an axe to grind with the Dark Knight.

According to sources, in the film Batman is some sort of big boogeyman that the government REALLY hates. Get this, prior to the events in #BatmanvSuperman, THE JOKER is the only one to really ever meet him or know him and that’s why he’s so important to Amanda Waller. They have footage of Batman in action which they watch. There is a bit of dialogue where they say Batman is the key to tracking down all “the supers.” Very cool stuff.

With little more than a year away from release, speculation such as this could become actual fact regarding the official synopsis for Suicide Squad. Also, this could be a hint as to how large the DC Cinematic Universe could be in terms of scope; Batman as a target of interest to the government? That has to be a fascinating take on the iconic hero that has never been done before.