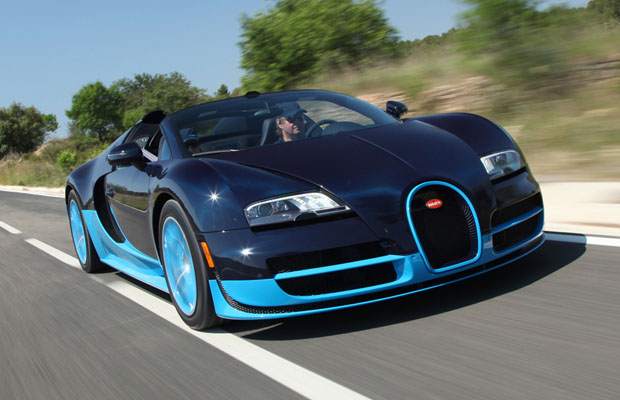 The Decepticon-turned-Autobot swordsman initially dubbed Deadlock, under the employ of Megatron, now allies himself with the good guys for the purpose of reclaiming his honor. In the Transformers comics, Drift’s alternative mode was a Nissan Silvia 615 sportscar with a signature white paint job and red accents, but in Age of Extinction his character is completely transformed into a black and blue Bugatti Grand Sport Vitesse. The Bugatti is a top-of-the-line vehicle that has claimed the title of “the fastest series roadster in the world” since achieving 408,84 km/h with the top down in April 2013. Centered round an eight-litre W16 engine delivering 1,200 PS, the Vitesse produces unequalled maximum torque of 1,500 Nm (at 3,000 – 5,000 rpm), and accelerates from 0 to 100 km/h in a lightening 2.6 seconds.