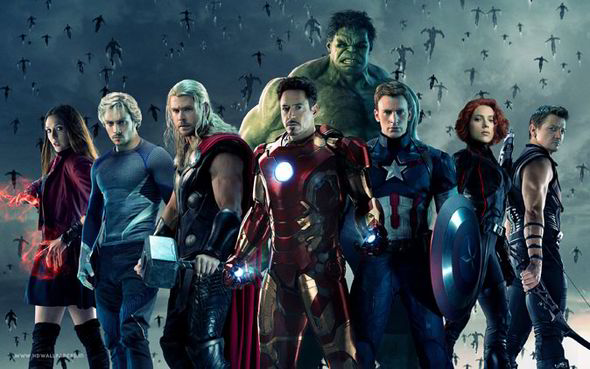 When director Joss Whedon originally quoted the run-time of The Avengers: Age of Ultron, he predicted the final cut to be about three hours, likely due to the fact that there are all sorts of new characters and subplots present in the Marvel sequel. However, there are reportedly shots in the film’s trailer that are not featured in the final cut of the film which hits theaters next week. In fact, the run-time is now shorter than the original Avengers film. However, Collider reported yesterday that an email from Amazon UK confirmed that the DVD and Blu-ray versions of the film will feature an extended edition as well as an alternate ending to compensate for the shorter running time and lost scenes.

As of now it is unclear how different the alternate ending will be considering the, “emphasis on continuity within the increasingly sprawling Marvel Cinematic Universe”. The length of the extended edition is also unknown, but will likely be closer to the original three-hour version that Whedon prepared fans for. For now, fans will have to wait for more information regarding the release date, and more details about the specifics of the home versions of the film. Age of Ultron hits theaters on May 1st.