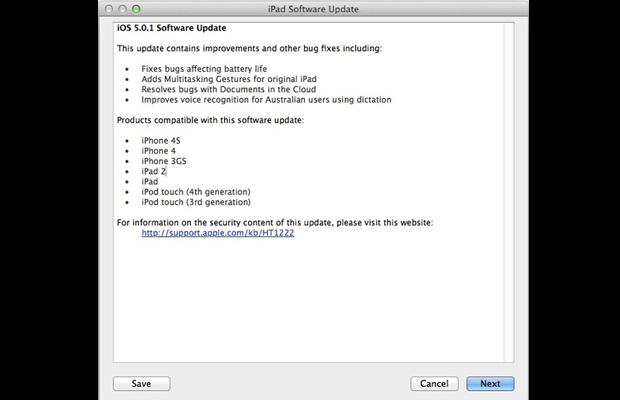 The battery life issues on the iPhone 4S have becomes such a nuisance to Apple and its mobile subscribers, the company decided to work on an immediate iOS 5 update to remedy the smartphone’s weak battery. Now the Cupertino Clan has made iOS 5.0.1 available to all iPhone 4S owners, including some new changes such as “bug fixes” for Documents in iCloud, improved voice dictation (for Australians), and multitasking gestures to the first-gen iPad. So those suffering from terrible battery life and download the new update on iTunes right now.