Another Batmobile Image Leaks from “Batman vs. Superman” Set 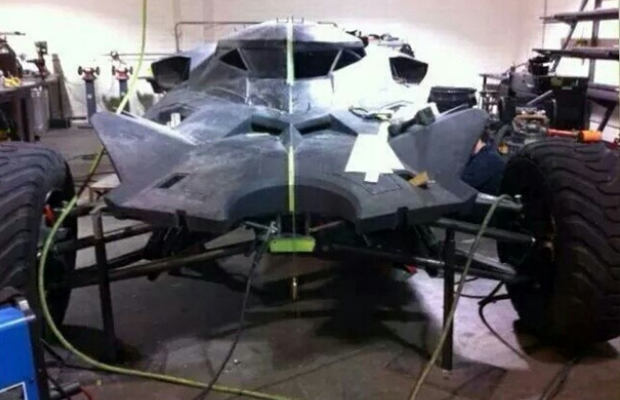 Looks like the new Batmobile featured in the upcoming Batman vs. Superman was actually leaked online ahead of Zack Snyder’s big reveal yesterday. Just nobody was aware of it. Now a full-sized version of the image has surfaced offering a glimpse of the model. While it doesn’t provide a grand look at the vehicle, at least we get a peep of the front side, which resembles a dune buggy. Granted development on the film and batmobile are still in its early stages, there still remains hope of Snyder salvaging the Dark Knight’s iconic ride…or so we hope.