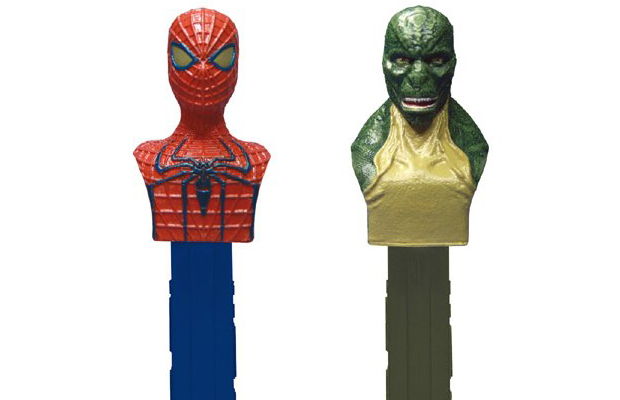 Considering the trailer and on-set image leaks, you have to give Sony a ton of credit for keeping the Lizard design under wraps for as long as it could. But even though the media has yet to catch a glimpse of actor Rhys Ifans’ in his transformation make-up, we might already have an idea of what his final mutation design might look like. Contributor Jared Campbell over at ComicBookMovie sent over an image of what looks to be PEZ dispensers for The Amazing Spider-Man: highlighting Spidey and the super villain. Again, the candy company’s design could just be hint of what to expect, as we’re all expecting tons of CGI effects and more detailed make-up for Ifans’ mutated facelift. Marc Webb’s The Amazing Spider-Man hits theaters July 3, 2012. Check out some hi-res shots of Spidey’s reboot here.