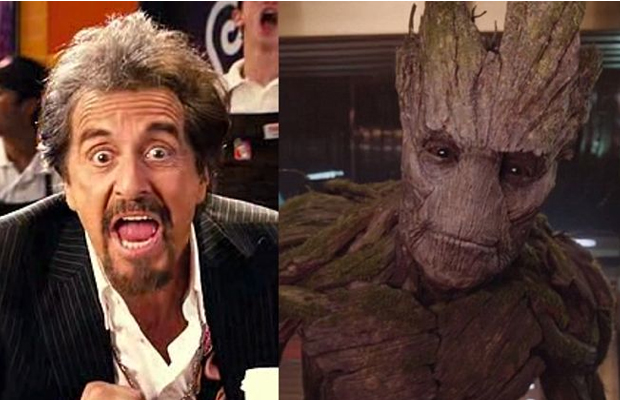 Seems like more of Hollywood’s prestige actors are gaining interest in joining the Marvel Universe. Just look at the castings of Michael Douglas (Ant-Man) and Robert Redford (Captain America: The Winter Soldier). Now after catching a screening of Guardians of the Galaxy, Al Pacino has raised some eyebrows about possibly following in the same path as his acting comrades.

Pacino spoke with Deadline about the Marvel film, calling it an “entertaining, inventive, beautiful film,” while expressing why he chose to see it:

“It was not something I would readily go see, but my kids got me to go, and one has to draw the line at where prejudice starts and where it ends — that was good stuff. I recognized the ingenious stuff they were doing; the invention, the attractiveness of the way they were performing it. It had Shakespearian feeling to it at times. I was caught up in the big screen, the great sound.”

“I would do anything that I could understand in terms of how I fit in it. And you know, of course if I could fit in it. Anything’s possible. You know, I did Dick Tracy and I got an Oscar nomination, so come on. I mean, what can I say?”

At least we know who director James Gunn should contact once casting starts for Guardians of the Galaxy 2.