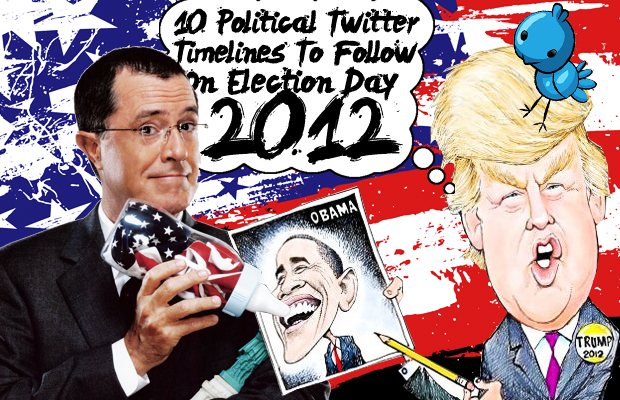 These last few months of campaigning have been interesting for both parties. From GOP candidate Mitt Romney’s “Keep America American” slogan to President Obama being labeled the “Food Stamp President” by a select few opposing his policies—the 2012 Presidential Election is sure to go down in the books as one of the most controversial. Supporters and those in opposition are becoming boisterous, passionate, and raw with their opinions, and lucky for us, Twitter has been right there to give these individuals a platform to air out their grievances.

From foreign policies to their personal lives, everyone from celebrities to failed politicians have voiced their support or thrown stones at each political figure. If you’re looking for social media to be your go-to-guide for this year’s election, here are some of the more entertaining Twitter timelines to keep tabs on come Election Day. Even if they fail to tweet the play-by-play, whichever candidate gets chosen to lead the free world over the next four years, the reaction of these passionate supporters is sure to be priceless.