10 Horror Films That Need to Air on AMC Fear Fest 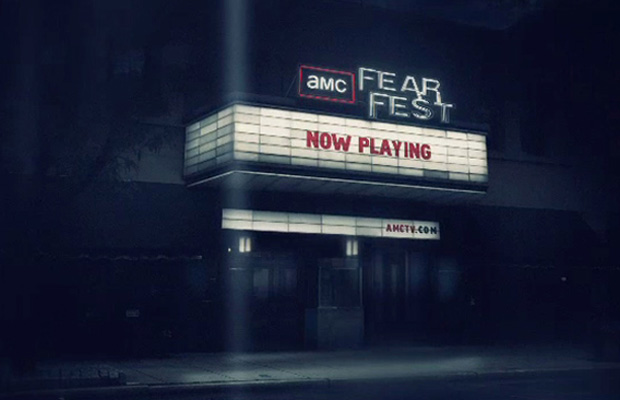 All Hollow’s Eve is steadily approaching. Which means now is the season to be scared of the dark, as things will go bump in the night and psychotic masked men will bump you off in the night—that’s if you’re absorbed by what’s playing on your TV of course. And the entertainment value doesn’t get any better than with the AMC Fear Fest marathon. We’re accustomed to see the same titles in rotation—Friday the 13th, Halloween, and all the terrible Stephen King films. However, there are some forgotten horror and sci-fi classics that haven’t received any love on the near-three-week lineup. And trust us, you’ll agree with the selection we have in order. Here are the 10 Horror Films That Need to Air on AMC Fear Fest.

A futuristic sci-fi thriller set in the year 2047, the film revolves around a crew going into space to investigate a ship that disappeared in a black hole. When Captain Miller and his crew find the ship, one survivor remains describing the lost dimension. The place is eluded to be hell because the crew of the ship mutilated each other. Miller’s crew then starts to suffer from hallucinations and needless to say, sh*t hits the fan. Creepy through its gruesome deaths and frightening imagery, Event Horizon is an eerie look into what the disturbing space time continuum could do to civilization.

If you truly yearn to be scared, it doesn’t get more spooky than the “based on a true story film”: The Blair Witch Project. In this found footage-inspired film, three film students go to the woods near Burkittsville, Maryland, in 1994 to film a documentary. Simple right? Well the catch is…they were never seen or heard from again. A year later, their equipment and footage wear found near the woods and the film brings their tale to the big screen. The eerie thing about the film is there’s no gore or supernatural creature involved at all—simply suspense and what lies dormant in your mind.

Never mess with an original. Something we’re sure Bruce Campbell would co-sign on our behalf. The number one rule of great moviemaking is originality and Evil Dead had it. The film is centered around five college kids vacationing in a cabin, whom soon discover a disturbing audio recording that releases the demons of hell, later possessing most of the teens. Evil Dead is one of the first of its kind to dabble in evil possession and demons, as well as extreme gore and claymation effects that added to the intense mutilations and deaths of the characters.

Before Twilight and all those other tween atrocities came to fruition on the big screen, there was a real vampire flick that embodied the coolness and scare factor of being a flying night stalker. That film was The Lost Boys, which features both Coreys (Haim and Feldman), along with a young Jason Patric and Kiefer Sutherland. Underrated for its time, the movie took the typical stereotypes of killing a flock of vampires—Holy water, stakes, sunlight—and brought some edge to it, while indulging in romance a geek fodder.

In The Mouth of Madness

John Carpenter, famously know for Halloween, directed this chilling mind twister. The film, based on H.P Lovecraft works, is about the parallels of fiction and reality. The main character, Trent seems to be trapped in a world in which he can’t escape. He is closely following the plot line of the author in the film, who admits that Trent is just another character in his book. The public has given the book life because of their belief in it. It’s an odd examination of life and works of arts which is a must see. The film is like a winding staircase that never ends.

We can never let sleeping dogs lie, in cinema that is. In 2003, Leatherface returned in remake form. Only this time, this modern retelling of the horror classic was scarier and brutally haunting, if that was even more possible. Every time the chainsaw-wielding serial killer revs up his weapon of choice, best believe it will send chills down your spine.

The 80s was a good decade for film and cross-genre adaptations. Critters is the perfect mix of comedy, sci-fi and horror. The film is a cult-classic, starring these little creatures dubbed Crites. They hijack a ship and make their way into a small town, wreaking havoc and causing murder along the way. Fun entertainment throughout, pay close attention to the end for a minor plot twist.

The scariest film ever made revolves around the demonic possession of a little girl. The Exorcist begins with an irreligious actress whose daughter starts to exhibit strange behaviors. After several trips to the doctor and no results, she calls upon the help of “an old priest and a young priest.” This is the film that started the demonic possession phenomenon, crowned the best for effects and scare. Not only does it have secular allegories and (for some) relatable issues, the movie is a spiritual battle between good and evil that we all can relate to.

Night of the Creeps

A b-list classic that combined comedy and horror, Night of the Creeps referenced several other films in the genre, only adding to the absurdity of low-budget horror cinematic. The premise lays around two fraternity pledges that steal a corpse, which unleashes parasites that take over other people’s bodies. The host bodies become zombies who just so happen to target unsuspecting sorority girls. If that isn’t bizarre enough, the film also ties in a twisted murder plot and some great humor to balance everything out.

Another overlooked John Carpenter classic, They Live is a science fiction satire depicting the high class as a greedy alien race, manipulating the masses to spend money and breed. The film is in fact poking fun at the media control society through subliminal messaging. Roddy Piper’s character is a drifter who stumbles upon special sunglasses after the police overrun a church. He discovers the glasses allow him to see who is an alien and who’s human. Ultimately, he wants everyone to discover just who is around them and what they are doing. The film is based on ‘Eight O’ Clock In the Morning”, a story by Ray Nelson, loosely based on Invasion of the Body Snatchers, and it’s freaking awesome!