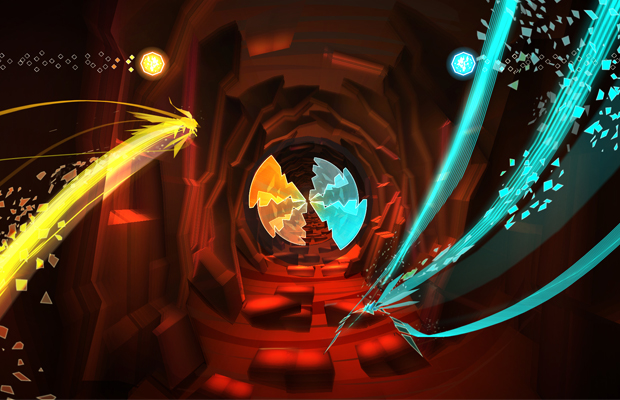 One of the most stunningly visual games in recent memory, Pixelopus’s abstract/arcade game was announced to great applause at Sony’s E3 conference and launched the same day. The title is more than just a pretty lightshow, though as the gameplay initially seems simplistic, it’s surprisingly fun and addictive. Entwined tells the story of two souls in love—who in this case happen to be a blue bird and an orange fish—as they struggle to be together throughout nine different lifetimes. Each lifetime is divided into two segments: in the first, the player controls the fish and bird with the PS4 controller’s analog sticks as they race through a circular tunnel collecting orbs, while in the second, the two souls come together to form a dragon which the player guides around an open area. Though the concept may sound strange, the symbolic nature of the game’s story gives Entwined a deep resonance and bringing the story towards its heartbreaking conclusion an unexpectedly moving experience.