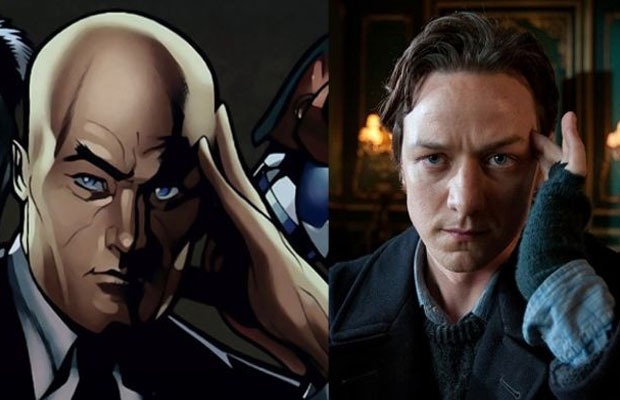 Admittedly, Simon Kinberg doesn’t quite have the reputation of J.J. Abrams – the future Star Wars auteur who not only keeps his projects under lock and key, but also keeps his locks and keys under lock and key – but the writer-producer of 2016’s X-Men: Apocalypse isn’t about to leak any juicy plot details to the media just yet. Well, to the media or to the psychic extraordinaire and patriarch of the X-men himself: Professor Charles Xavier, a.k.a James McAvoy.

When asked about the follow-up to this year’s smash X-Men: Days of Future Past, McAvoy said, “I got an e-mail from [Simon] who informed me he was getting dead excited about stuff, but he didn’t want to divulge anything for a couple of weeks, so I don’t really know.”

However, HuffPost was able to coax some information out of the Scottish leading man. What we learned: Professor X is finally going bald, thus bridging the gap between two generations of X-Men fans and, concurrently, bringing Mcavoy’s adoring female fanbase to its knees. That shimmering dome, which Patrick Stewart made synonymous with the role, will be back in the spotlight. “I’ll be older in this one,” McAvoy said, “[And] I think I’m losing my hair finally.”

The question remains, though: will he loss his hair tragically like George Costanza? Or with dignity?