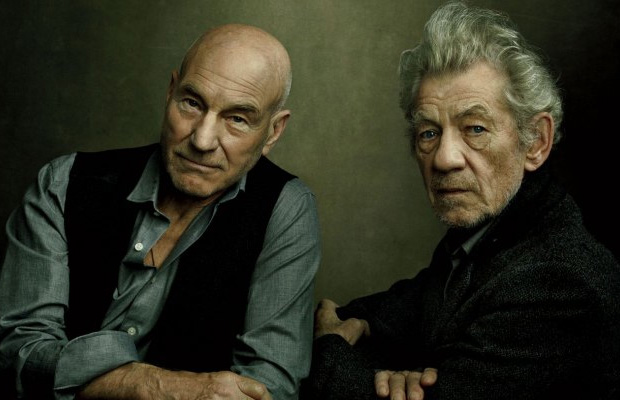 Production on X-Men: Apocalypse has yet to officially begin, but final preparations for the film are still underway. What is known, so far, is that the film will focus on the younger incarnations of the X-Men characters, James McAvoy, Michael Fassbender, Jennifer Lawrence etc., as they do battle against the first mutant, En Sabah Nur, played by Oscar Isaac. The film will also feature a young Cyclops, Storm and Jean Grey as well as the return of Moira McTaggert, from X-Men: First Class, however the conclusion of Days of Future Past left fans wondering if we’ve seen the last of Patrick Stewart as Professor X and Ian McKellan as Magneto. According to Stewart, he and McKellan will possibly still be a big part of the X-Men franchise.

Magneto, Ian McKellen, is certainly going to be in [‘X-Men: Apocalypse’]. And what I’m very excited about is that we have been talking about a Wolverine movie, which would team Hugh Jackman and myself together. Wolverine and Professor Xavier. That would be a very different sort of ‘X-Men’ from the four movies that I’ve already done.

This is still speculation at this point, but if McKellan is a certainty to star in Apocalypse, it would probably be in a cameo role of sorts. The talk of Stewart starring in a sequel to The Wolverine with Hugh Jackman is certainly exciting in itself though. Now that the timeline of the X-Men universe has changed, new dynamics are at work and it is good to know that these new dynamics will not leave out two of the most recognizable faces in the franchise.