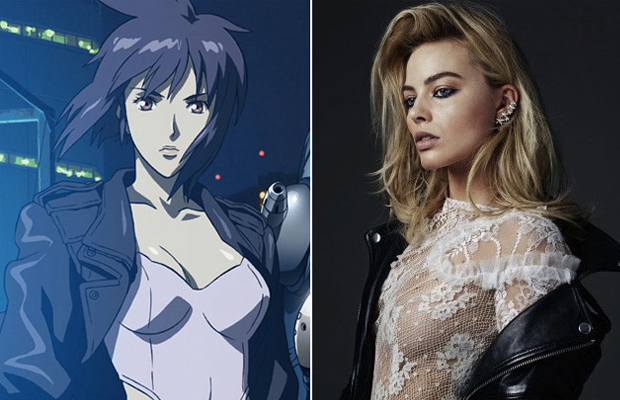 Dreamworks is in the midst of incarnating a live-action film based on the classic Manga and Anime. While Ghost in a Shell will be directed by Snow White and the Huntsman’s Rupert Sanders, production seems to be taking longer than expected as the studio is taking its time casting for the project. Though it looks like the female lead has been chosen with The Wolf of Wall Street’s Margot Robbie possibly scoring the role.

She seems to have the spunk, along with enough charm and flexibility to take on the role of cyber warrior Motoko Kusanagi. Robbie has been busy as of late snagging roles for other upcoming films including Tarzan with Alexander Skarsgard and FOCUS with Will Smith. If Robbie really is to portray Kusanagi, this would be her first film as the lead. Of course to counteract Margot, a Hollywood heavy hitter or a-lister would play alongside her as Batou (Motoko’s partner).

There needs to be a certain balance with Robbie, the newcomer, and a seasoned actor. This of course is speculated and no final decisions have been made. But if Margot were filling the shoes of Motoko Kusanagi: How would that turn out?