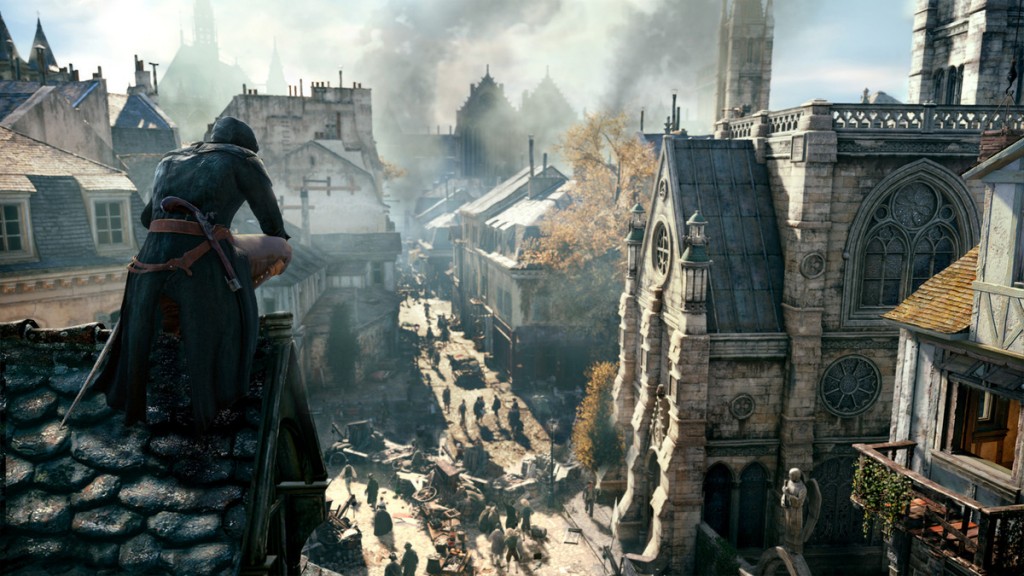 Ubisoft, known for its wondrous and expansive Assassin’s Creed games, has come under fire the past 24 hours. I’s been revealed that Assassin’s Creed: Unity will run at 900p and 30fps as to not create controversy between the console versions of the game. Vincent Rontbriands, Senior Producer at Ubisoft working on the Assassin’s Creed games has stated: “We decided to lock them at the same specs to avoid all the debates and stuff.”

Ubisoft did not feel the same was true overall though. They later stated the following:

“We understand how senior producer Vincent Pontbriand’s’s quotes have been misinterpreted. To set the record straight, we did not lower the specs for Assassin’s Creed Unity to account for any one system over the other. Assassin’s Creed Unity has been engineered from the ground up for next-generation consoles. Over the past four years, we have created Assassin’s Creed Unity to attain the tremendous level of quality we have now achieved on Xbox One, PlayStation 4, and PC. It’s a process of building up toward our goals, not scaling down, and we’re proud to say that we have reached those goals on all SKUs, At no point did we decide to reduce the ambitions of any SKU. All benefited from the full dedication of all of our available optimization resources to help them reach the level of quality we have today with the core Assassin’s Creed Unity experience.”

This statement was made via email to our friends over at Game Informer and in another detailed statement, Ubsioft execs tell us why the resolution and frame rate truly have been handicapped. Apparently, the in-game AI and the non-player characters of Unity take up more power from the CPU rather than the GPU. This problem has lead the game to be dropped to a 900p and 30fps spec for both consoles and is the reason why both consoles will have the same resolution.

While Ubisoft will probably do just fine in total sales, it is worth noting that Black Flag did also ship with less than maximum graphics and received a patch at a later date that bumped it up, so Ubisoft is no stranger to this sort of shipping process.