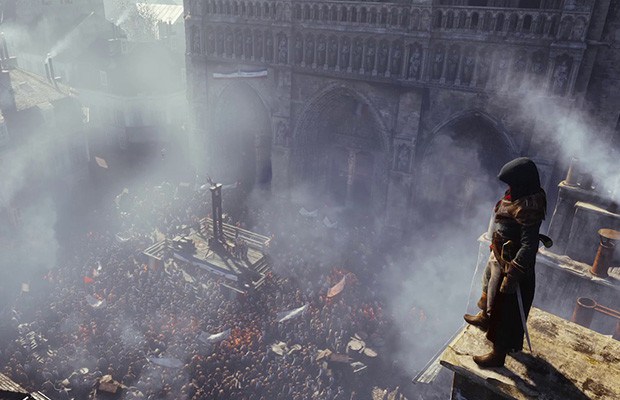 At this point, it isn’t a surprise Ubisoft had to make a radical move to appease its fans. The studio announced it will offer the Dead Kings DLC for Assassin’s Creed: Unity for free, and for those who had already bought the season pass, you will get a free title from Ubisoft’s collection. Obviously, the DLC will come when made available, but the free game has been given no time table, although it has been hinted at being very soon (before the holidays).
CEO Yannis Mallot has promised the Ubisoft teams will continue to work on Unity and make sure all of its features work without flaws, while also acknowledging that it was wrong to release the game with so many game breaking bugs.

“We’ve been working hard to fix the problems players are reporting, and the patches we have released so far have resolved many of them… Today, we’re releasing our third patch, which fixes a variety of specific issues related to the game’s stability and performance, matchmaking and connectivity, gameplay and menus.”

The free title will be any one of the following games below:

It is worth pointing out that you cannot take a free game outside of your platform you have purchased Unity on. If you brought the latest Assassin’s Creed on the Xbox One, your free game will have to be on the Xbox One.

We will keep you updated with information regarding the free game but good on Ubisoft to at least half-amend the horrible situation they put themselves in.