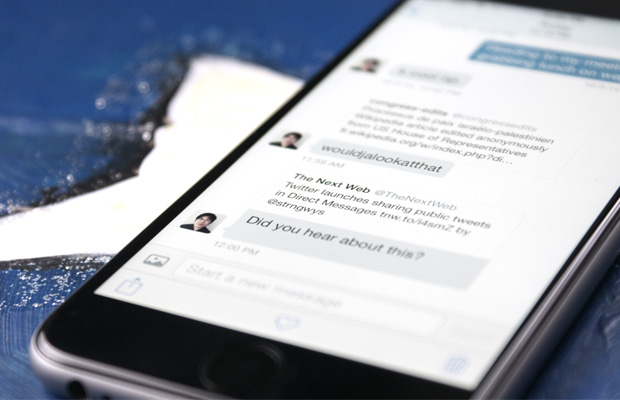 Twitter is making a series of moves to upgrade their platform. The social network wishes to improve the user experience, and among the first steps is the ability to share public tweets in direct messages.

Up until now, if you had pasted the URL for a tweet in a private message it would appear as a link. Now instead it will show the tweet as an image. While not as intuitive as Facebook Messenger, it is an improvement. A bug was reported as preventing people from sharing URLs, which was quickly fixed.

Twitter is also planning on including native video support in the first half of 2015. The micro-blogging superstar started their New Year’s resolutions a bit early. Direct Message public tweet sharing is expected early this week.