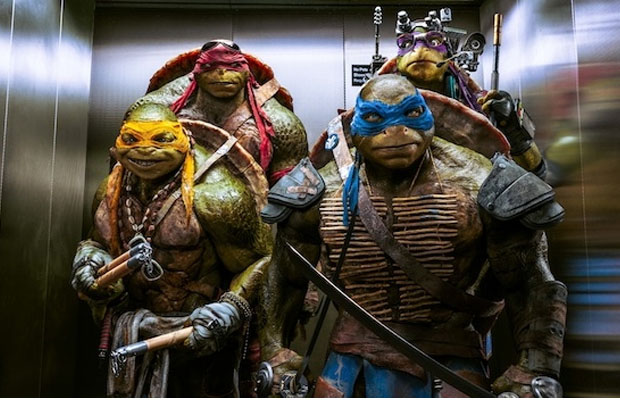 Leo, Mikey, Donnie and Raph scored a victory at the box office this weekend, proving the Teenage Mutant Ninja Turtles reboot a financial success worthy of a sequel. The foursome clashed against the Shredder and saved New York City from his wicked scheme, but they will rise from the sewers again in two years and perhaps they be whisked far away from their home turf against one of their inter-dimensional foes. In a recent interview with Screenrant, director Jonathan Liebesman and producers Bradley Fuller and Andrew Form expressed their enthusiasm to enlarge their rebooted franchise by not only adding the characters of Casey Jones and Shredder’s mutant henchmen Bebop and Rocksteady, but taking the Turtles to the Krang’s home dimension, Dimension X.

Jonathan Liebesman: “I would love to. I mean it’s not up to me. It’s up to all of us to decide.

Brad Fuller: But we’ve talked about those worlds already.

Andrew Form: There are scripts that have been written for this movie that integrated those worlds into it already…

It sounds as if the sequel of “Teenage Mutant Ninja Turtles,” aims to ride the success of the first movie into a bigger and broader dimension, when it arrives in theaters in 2016.