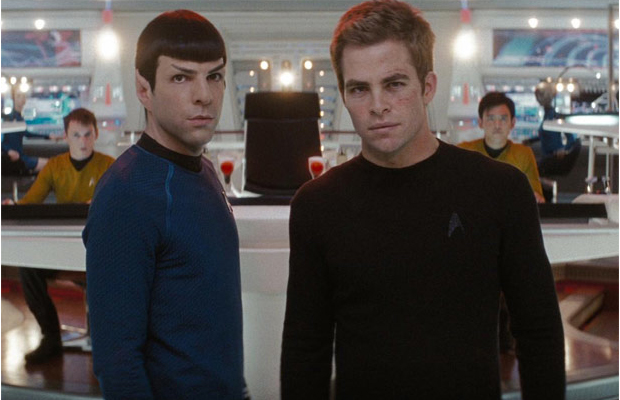 Spock himself, Mr. Zachary Quinto appeared on the NBC Today show recently to discuss the upcoming Star Trek threequel, in which he mentioned when the film is set to shoot. In his words: “I think it’s on the horizon. Things are rumbling, so I have a feeling that we will be in production sometime in the next six months.”

Translation: Early 2015. Co-writers Roberto Orci, co-writer of the first two films will be stepping into the director’s chair this time around, filling the vacay of series helmer J.J. Abrams. Though it’s worth nothing Paramount has yet to confirm this move. Big shoes to fill buddy!

Star Trek 3 is scheduled to hit theaters in Summer 2016, just in time for the franchise’s 50th anniversary. Expect big things!