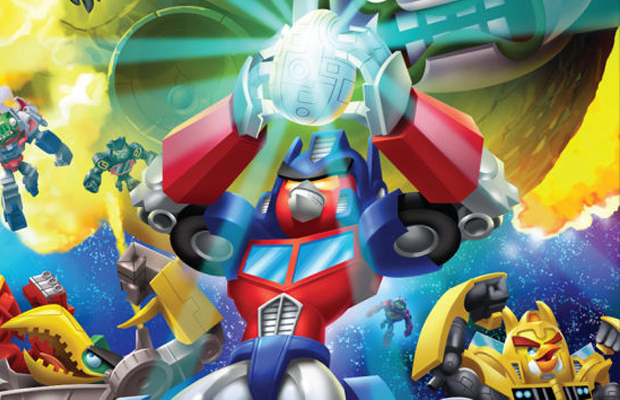 Looking to refresh the Angry Birds franchise once again, developer Rovio has jumped on another popular entertainment property—collaborating with Hasbro to create its own spin-off based on the Transformers franchise. The hybrid title dubbed Angry Birds Transformers Edition will be made available for several multiplatform mobile devices, which will also lead into several licensed products.

According to Rovio, the Transformers Edition will take its beloved characters and give them the robot treatment by introducing the birds and pigs as the “Autobirds” and “Deceptihogs”. Hasbro plans to feature an accompanying animation, as well as a line of tiny plastic figurines, which pop into the app called Telepods. The pop-up window occurs when the figurines are put on top of the camera of a tablet or a smartphone, bringing special bonus abilities to players.

Rovio’s chief marketing officer, Blanca Juti says “This mash-up is going to appeal to both those who grew up with the brand in the 80’s, as well as fans of the brand today.” In Hasbro’s press release, she optimistically proclaims, “People are going to love it!”
Since its initial release in 2009 on Apple’s iOS App Store, Angry Birds has captivated gamers for the past two years and become a global phenomenon—generating various toys, board games and much more.

“Angry Birds Space”, the 2012 spin-off reportedly hit a 100 million downloads in a matter of few months. Earlier this year, game downloads escalated to over 2 billion as well, according to Rovio. The latest Transformers venture would spike that figure even higher. Angry Birds Transformers will be available “soon” on app stores.