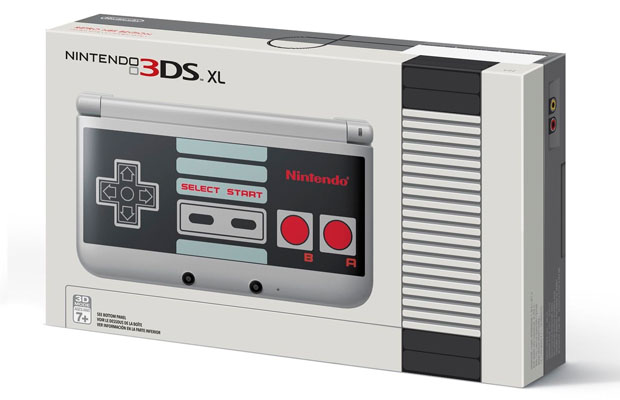 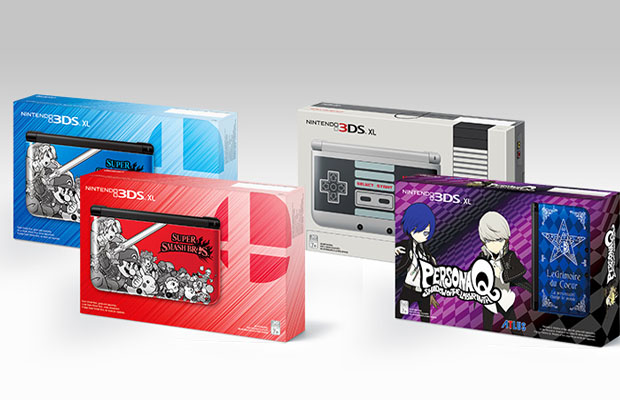 “NES Edition Nintendo 3DS XL: This cool-looking GameStop exclusive goes on sale Oct. 10 at a suggested retail price of $199.99. The hardware is modeled after Nintendo’s iconic NES controller and the box looks like an NES system.

“Persona Q Edition Nintendo 3DS XL: In honor of the Nov. 25 launch of the ATLUS role-playing game Persona Q: Shadow of the Labyrinth, GameStop will be the exclusive retailer for the Persona Q Edition of the Nintendo 3DS hardware. The design evokes the essence of Persona Q with the iconic Grimoire styling on the front – the tome used by the attendants of the Velvet Room and containing information on the many Personas – and the new style of character art represented on the back. It will be available at a suggested retail price of $199.99. (The Persona Q: Shadow of the Labyrinth game is sold separately.)”

The systems are now available for pre-order. No release dates have been divulged as of yet.