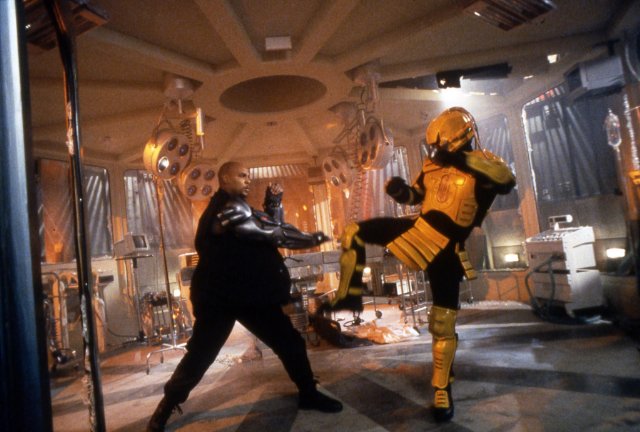 There is no doubt that Mortal Kombat has earned a place in the pantheon of iconic video game franchises. There is also no doubt that people still remember the two feature film adaptations from the 90s. Years pass, and things either attempt to or end up making a comeback in one form or another, and in the case of Mortal Kombat this is true. It’s true for it’s gaming franchise, Mortal Kombat X was just released a few short months ago, and now a potential film reboot could be on the horizon thanks to Furious 7 and future Aquaman director James Wan.

The in-demand director of The Conjuring and Insidious: Chapter 2 has been brought over to uppercut some new life into the previously stunted picture. With his dark sensibility, ability to orchestrate action and scares, and a wildly successful financial track record, Wan seems to be the perfect fit for what the studio has described as “a departure from the mythology,” with “darker, brutally real martial arts.”

Wan has taken to social media to dispel the rumors confirming that he will be helming this project yet. In fact there is no official confirmation that this potential Mortal Kombat reboot is even happening, but this is certainly enough to wet the appetites of the long-standing fans of this franchise.