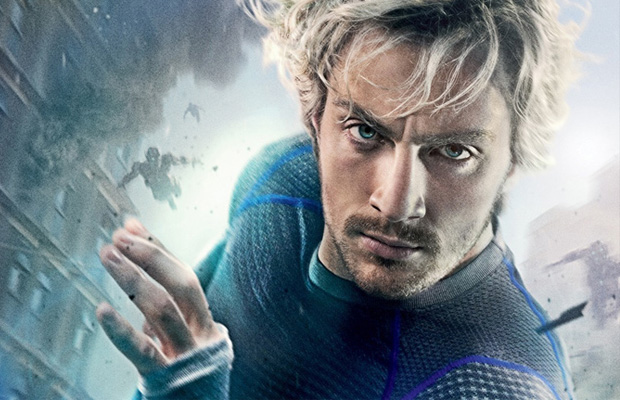 Marvel had a big weekend for the Avengers: Age of Ultron if you couldn’t tell. The film opened with a whopping $187.6 million, and with the massive success comes a major surprise for one of the Marvel characters fighting alongside the Avengers. SPOILERS will follow if you have yet to see the film.

The character formerly known as Quicksilver (Aaron Taylor-Johnson) met a quick, yet heroic end taking a bullet for Hawkeye. That was a tragic and unsuspected end for the newcomer. Talk about being martyred so early in the MCU. Cinemablend’s Sean O’Connell asked the actor if there was ever a version of the script with Quicksilver surviving. Taylor-Johnson shared the following:

“I’m not sure if I really can really go down that realm, but you know, yeah, it was definitely an alternative, that I think they had to play with. But, it was very much set from the very beginning, and Joss had in mind to tell the story that he told… and I was very game for that, as well, because I think it really gives [the movie] sort of an emotional twist to it. A surprise.”

However, Johnson did let us know that there was a suit designed for possible survival, which he describes as, “f*cking really cool.” Although, there was rumor that someone would die in the sequel, audiences didn’t expect Quicksilver. Besides, thanks to Nick Fury and Agent Coulson, who really stays dead in the MCU? But it seems this was the best and the last of the beloved Quicksilver and maybe we’ll see Aaron Taylor-Johnson in another Marvel creation.