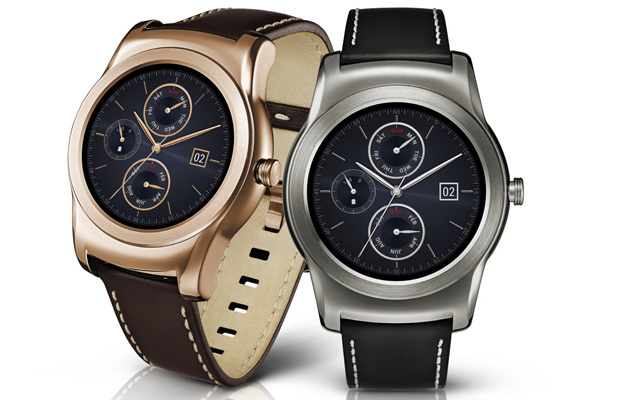 LG helped break the walls down with the first wave of smartwatches. The G Watch and G Watch R are among the best on the market right now, for what little that means, but LG has just announced the latest in the lineup, LG Watch Urbane.

Unlike the predecessors, LG is positioning the new watch as a classic timepiece, appealing to both sexes, rather than just focusing on the geeky, male audience. The Urbane is available in silver or gold, comes with a natural leather strap. Owners of the newest device will have the option of switching with any 22 mm-wide band of a regular watch.

Powered by a 1.2 GHz Qualcomm Snapdragon 400 chip, the Apple Watch competitor, is keeping the 1.3-inch circular plastic OLED face of the G Watch R, but the rest of the body will be all metal – a first for the Korean company.

President and CEO of LG Mobile, Juno Cho said that “The LG Watch Urbane’s classic design and smart features make it an ideal complement to the G Watch and G Watch R, designed for more of the causal or active users.”

It is interesting to note the company’s decision to focus on non-geeky audiences just weeks before the Apple Watch is expected to arrive. Many analysts believe the device will kickstart consumer interest in smartwatches.

Canalys estimated 720,000 Android Wear powered watches were shipped in 2014, with Moto 360 leading the pack, but Apple’s entry could help significantly increase 2015’s numbers. LG hopes to steal some thunder from the coming storm Apple is brewing.