Jason Momoa Signs On for Four Films as Aquaman 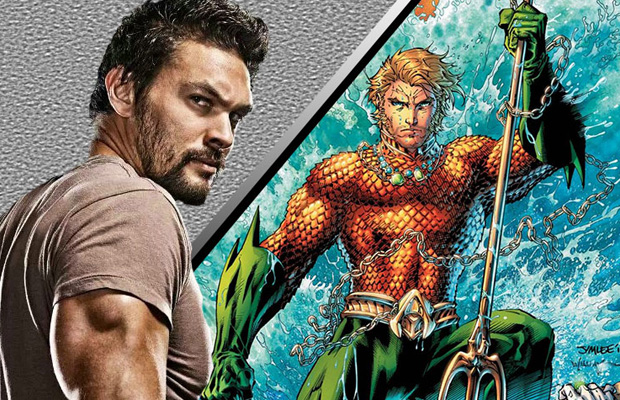 Word is getting out that Batman v Superman: Dawn of Justice has just wrapped its shooting schedule and will now head into post-production. Now, while we suffer through an agonizing wait in anticipation for its release, we will have to stay vigilant and catch every detail we can about the plot that leaks onto the internet. Or, alternatively, we can distract ourselves with all of the Justice League information that seems to trickle out onto the inter-webs on an almost daily basis. Like, for instance, this news that Jason Momoa has signed on for four films in the D.C. cinematic universe as Aquaman.

While these four movies are likely Batman v Superman, Justice League I and II, and his solo outing Aquaman, there is always the chance that Warner Bros. is already confident enough in Momoa and the film to commission a second Aquaman picture. Not only this, Momoa also stated at the Comic-Con in Brazil that he hopes that Zak Snyder – the Man of Steel and Batman v Superman director – will help the independent Aquaman movie come to life. Needless to say, Snyder’s unique graphic-novel style visual design would be perfect for the submarine universe that characterizes the Aquaman narrative. What do you think? Do you think Snyder should direct Aquaman or should he share the D.C. wealth?