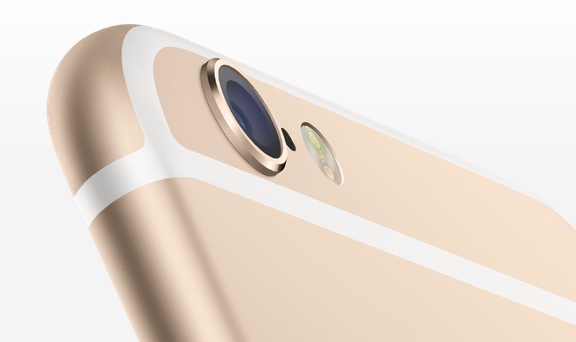 With major flagship phones receiving tons of rumors, hopeful musings, leaks, and suspected rendered, the iPhone line of phone leads the floatila of upcoming smartphones in all the above categories. One of the latest rumors may have just been confirmed.

Next-gen iPhones, the 6s and 6s Plus is expected to have an upgrade in the megapixel department. Leaked reports place a 12 MP rear facing camera as being confirmed to exist, per Business Insider. The jump in photogenic horsepower isn’t the only thing worth noting though. Per the same report, Apple will also use a larger sensor, compared to those used in previous iPhones. This means that the next iteration of the veritable iPhone should be able to take brighter pictures.

The lens set up appears to be the same as previous iPhones, a five-element lens. However, the same report from Business Insider is also laying claim that Apple is ordering a six-element lens, but it is speculated the to be reserved for future devices, perhaps 2016’s iPhone 7.

Android OEMs have already started using six-element lens, notably with 2014’s Samsung Galaxy S5, and the more current OnePlus 2, supposedly allowing for a clearer and sharper image. Apple tends to be on the cusp of the technology curve when it matters the most to their faithful. This would be a welcome game of catch up.