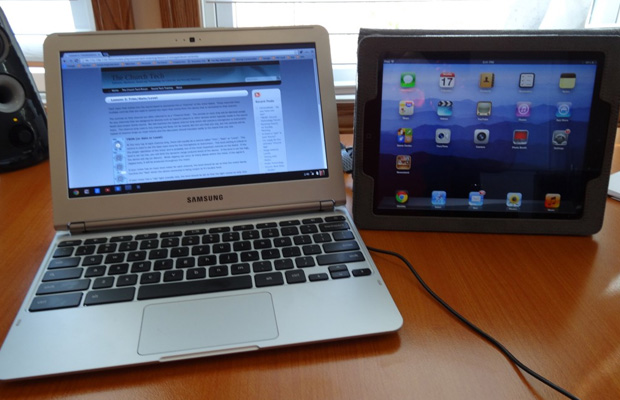 For the first time ever, Google Chromebooks have outpaced Apple’s iPads, at least in the educational market. In the 3rd quarter. IDC reports there were 715,000 Chromebooks sent out to just 702,000 iPads. This means that Google accounts for 25% of the market. IDC is quick to point out the lower price point is a prime reason schools and associated corporations are quickly adopting the laptop over tablet options. Starting at $379 with educational discounts, last year’s iPad Air is nearly $200 more expensive than the Chromebook. Many educators are in favor of the full keyboard offered with the Chromebook compared to the touchscreen of an iPad.

While this may appear to be another setback for Apple, the company still offers over 75,000 educational apps and iTunes U, which is a customized section of iTunes allowing for lectures and custom courses to be shared. Google only released its own version as of 2013. It seems the tide may be shifting away from Apple. It is unlikely, however, there is a company better equipped to bounce back.