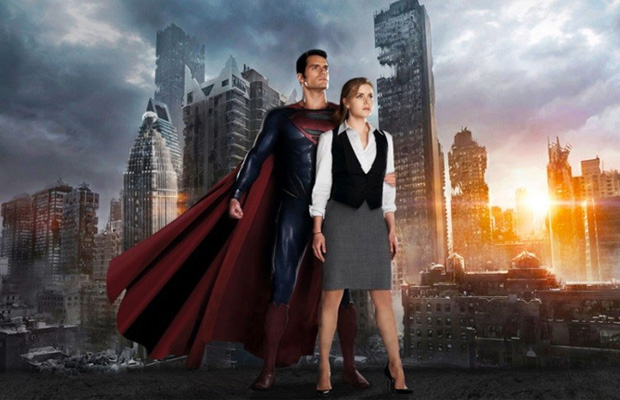 Since it’s announcement, all the talk behind Batman v. Superman: Dawn of Justice has surrounded Ben Affleck and his upcoming portrayal of the Dark Knight, leaving many to question whether the film was an actual Batman film, or Man of Steel sequel. Superman fans can breath easy, as reports indicate the movie will be a follow-up to Zack Snyder’s film.

Bad Ass Digest looks to have secured access to information from an early draft composed by Chris Terrio, which apparently touches on many of the fan complaints from the last Superman film. It also touches on a possible villain encounter many DC fans already saw coming:

‘Dawn’ is said to explore the real world implications of Superman. For instance, Lois is in the Middle East following a story when Superman appears to help her out. As he is seen as a tool of the United States, this becomes an international incident. Also, China have outlawed him from their air space.

Clark Kent and Lois Lane are now living together and Clark is still working at the Daily Planet on assignments.

The movie opens with Batman’s origin, fast forwarding to Bruce Wayne arriving in Metropolis in the midst of the Superman and Zod fight.

Superman tells a villain “I won’t snap your neck, I’m going to take you to prison” but later threatens to break said villain’s back. In a fight with Doomsday, one character says “Superman will move the battle away from populated areas because he’s a hero, and that’s what heroes do.”

Keep in mind such details are subject to change. Batman v. Superman: Dawn of Justice hits theaters on March 25, 2016.