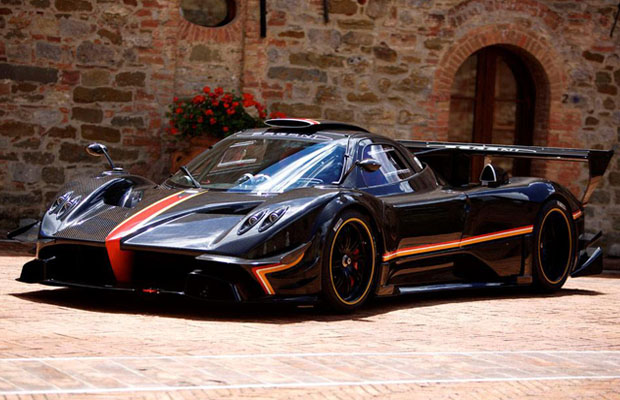 After teasing its next-gen speedster, the luxury automaker unveiled its final production model of the 2013 Pagani Zonda Revolucion. Like? The covers were pulled off during Vanishing Point 2013, leaving the crowd stunned over its stunning body frame and performance specs. Let’s break down the Pagani ZR.

The supercar sports a 6.0-liter V12 capable of generating 800hp and 730 Nm of torque, housed behind a central monocoque made from carbon titanium. A 6-speed magnesium transversal and sequential gearbox changes gears in 20ms, while the traction control supports 12 different settings. Pagani also laced up its stunner with a DRS (Drag-Reduction System) featuring two operating systems, each one activated at any time. Many other goods can be found inside.

The 2013 Pagani Zonda Revolucion can be yours for the asking price of 2.2 million Euros. Ha!