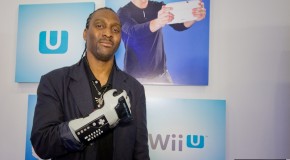 The Hedgehog Takes Hat Off for Sonic Colors Bonus

We’re not sure what Sega’s inspiration for was for this pre-order incentive, but its cute for kids we guess. Reserve the Wii exclusive, Sonic Colors, and walk away with a Sonic-inspired hat. Rapper Charles

Where was modder Jack Rossi when the next-gen Ghostbusters game flopped? A little too late now, but his Proton Pack peripheral was the perfect gimmick that could have possibly saved the Wii edition. The

Hmmm, no wonder Capcom took so long to bring over Monster Hunter Tri to North America. April is the time frame, and this time Nintendo will bundle the title with the Classic Controller Pro,

The Nintendo Wii gets another horror title, and this time, it’s being praised as one of the Wii’s best. Resident Evil can’t hold the fort down fir that long, can it