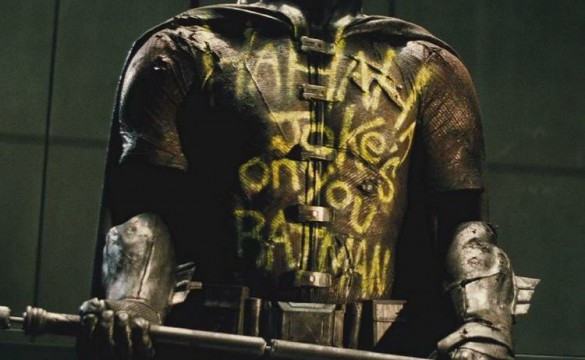 According to a report on the site Heroic Hollywood, photographer Clay Enos recently shared a photo on his Instagram account that has led some to believe that director Zack Snyder’s son, Eli, will play Robin in the upcoming film Batman v. Superman. The photo is black and white, and features Eli and his father standing together with the caption “Boy Wonder”. The caption, of course, refers to Robin, whose suit was revealed in the most recent trailer for the film, which has in turn led some to believing that fans will learn the nature of Robin’s death, in scenes filmed with Jared Leto’s Joker.

Eli Snyder has not been confirmed as Robin due to the secrecy surrounding the film. However, he has been in three of his father’s previous films including 300, Watchmen, and Sucker Punch. So it seems likely that he would be cast in this production as well. For now, fans will have to wait until the premiere next March to find out who is behind Robin’s suit.