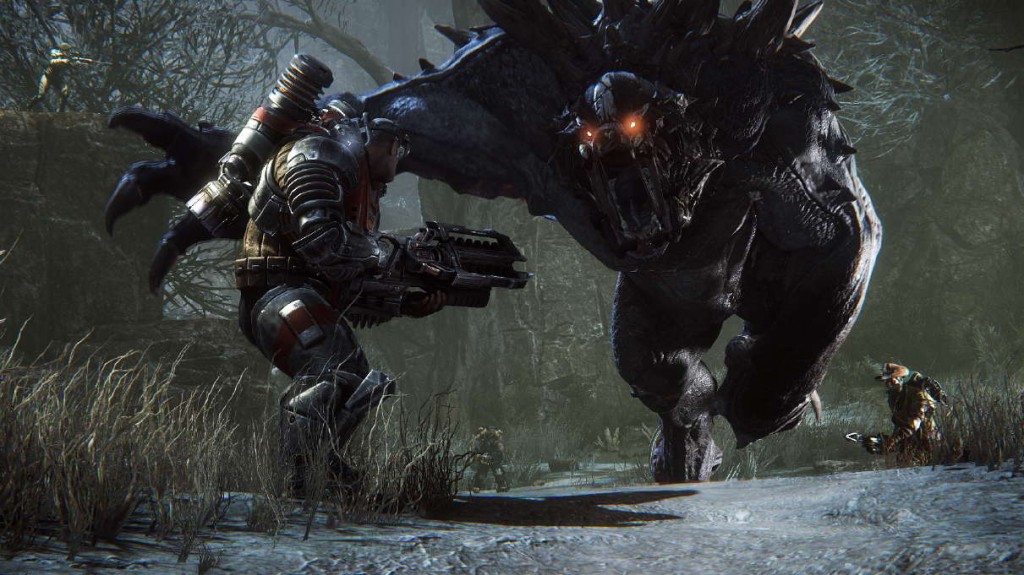 2k Games and Turtle Rock have recently unveiled their plans for January’s Evolve Open Beta. Taking place between January 15th and 19th, Turtle Rock will make certain stages of the game playable for anyone with Xbox Live Gold and a Xbox One. Certain perks will be rewarded to those with Evolve already pre-purchased, but those bonuses only include an extra monster and set of hunters to play as.

While this is still unclear if everyone will have access to the wraith and new set of hunters, Turtle Rock did state that more gameplay will become available as you play the beta, which suggests that people who have not pre-purchased Evolve, might get those extra characters through unlocks. If you are a fan of Turtle Rock’s games then there is even more incentive to pre-purchase Evolve. The studuo has already stated that a Monster Expansion Pack will become available to anyone who reserves the title. This expansion pack will likely be $15 for those who do not.

If you’re a Xbox One owner and often play on Xbox Live, be sure to check out the beta!

Evolve will officially release on February 10th for the Xbox One, PS4 and PC.