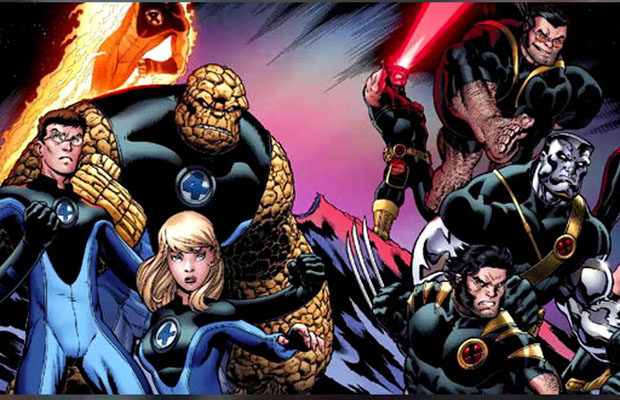 With the recent release of The Fantastic Four trailer, the ever-ascending amount of hype for The Avengers: Age of Ultron, and the escalating anxiety over whether Ant-Man will flop big or flop small, Marvel has become something of a ubiquitous presence in entertainment industry gossip. For good reason, too: the studio certainly has its hands full with a diffuse array of tentpoles, projects in development, and actors vying for the next coveted superhero job listing. But it shows no sign of slowing down. For better or worse, Marvel is pushing the limits of its interconnected cinematic universe to the point of bursting, or at least overflow.

One limit the media conglomerate is now coming up against is the barrier between two of its fictional realms: the world of the X-Men and the world of The Fantastic Four. Writer-producer Simon Kinberg, one of the masterminds behind the upcoming X-Men: Apocalypse, has now expressed in an interview with Entertainment Weekly that a crossover is definitely still possible. He had this to say:

“The reboot of FanFour really needed to work in and of itself. We were doing something pretty radical with the tone of the movie. If we wanted to find a way to connect them to the X-Men, we could. There’s a lot of precedent from the comics.”

So, we still need to see how “FanFour” will fare at the box-office, but, hey, at least we all have reason to hope now.