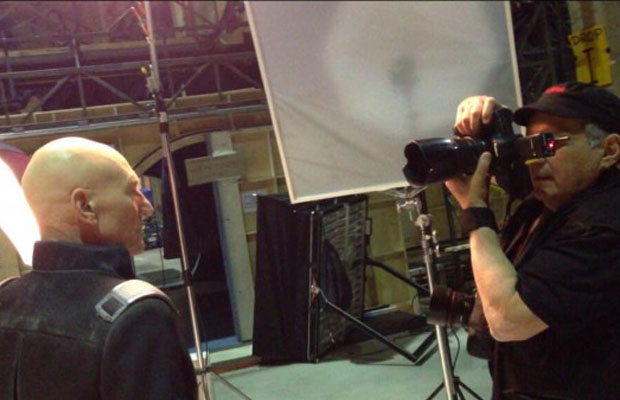 If you’re one of the millions of Marvel fans marking out over the upcoming X-Men Days of Future Past film, we recommend keeping tabs on director Bryan Singer’s Twitter profile. Why is that? It’s practically the most reliable source for updates. In fact, Singer shared some huge news with us over the past 24 hours announcing the sequel’s official shooting date. Today!

The man behind the lens tweeted this teaser shot of actor Patrick Stewart AKA Charles “Professor X” Xavier suited up in pre-production with the following caption: “Picture before picture. Tomorrow it begins.” July 18, 2014 couldn’t come any sooner. Days of Future Past welcomes back a majority of the franchise’s biggest stars including Hugh Jackman, Ian McKellan, James McAvoy, Michael Fassbender, Jennifer Lawrence, Halle Berry, Anna Paquin, and several other X-Men alumni. This could be bigger than The Avengers, people.