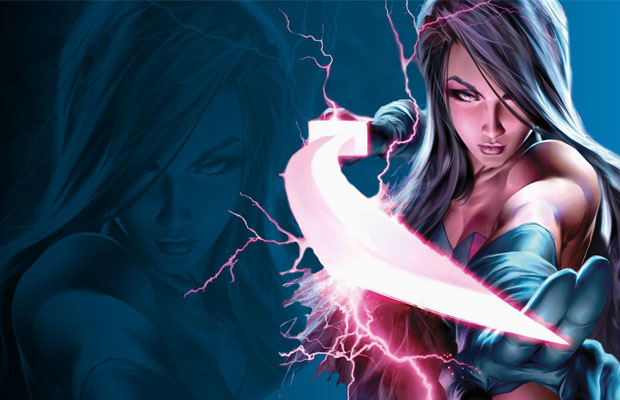 Bryan Singer and the folks at Fox are still plugging away at developing the sequel to X-Men: Days of Future Past. The setting and plot are set and the characters are either coming back or coming into the framework of X-Men: Apocalypse. So far the new additions to the X-Men universe include Tye Sheridan as Scott Summers/Cyclops, Sophie Turner as Jean Grey, Alexandra Shipp as Ororo Monroe/Storm, Ben Hardy as Warren Worthington/Archangel, Kodi Smit-McPhee as Kurt Wagner/Nightcrawler and Lana Condor as Jubilation Lee/Jubilee. Now there is another new addition to the X-Men family as Singer announced that Olivia Munn will join the cast as Betsy Braddock, a.k.a. Psylocke.

In Psylocke’s early appearances she simply played with her telepathic powers, but she later transformed into a Japanese ninja assassin, giving her additional highly developed fighting skills. Munn is of Chinese descent and was raised in Japan before moving back to the States, so it’ll be interesting to see if this iteration of Psylocke begins with her assassin powers intact, or if she’s simply a telepath.

It still remains to be seen how Psylocke and the rest of the new actors to the franchise will tie into the conflict between the principle cast of First Class and Oscar Isaac’s iteration of the title character. The status of potential cameos of Channing Tatum’s Gambit and Hugh Jackman as Wolverine are also speculated subjects regarding X-Men: Apocalypse.