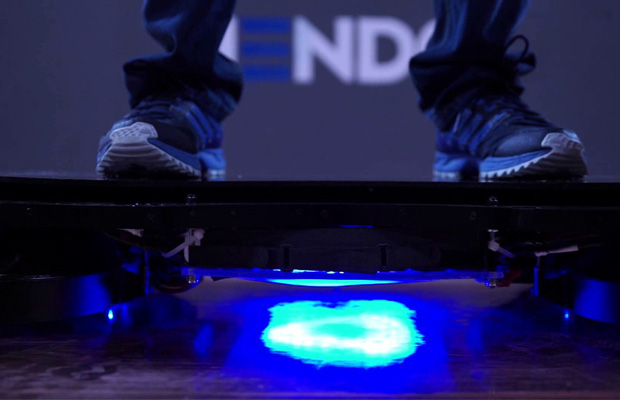 It was predicted that in the year 2015, we would bare witness to a new transportation vehicle: the hoverboard. Ok, that was according to the fictional storytelling of Back to the Future Part II, but the film obviously had us wondering when such a creation would come to fruition. One company looks to turn the concept into a reality via crowdsourcing. Check out the Hendo Hoverboard, which is available for pre-order now at $10,000 on Kickstarter.

The Hendo supposedly utilizes magnets to levitate the hoverboard over a metal surface. In other words, don’t expect to pull a Marty McFly and hover on create or water. At the moment, the Hendo is just a prototype, though the company has aspirations of creating a skate spark specifically designed for its creation. One of the perks of donating to the project is earning a brick engraved with your name on its “hoverpark” for donating $60.