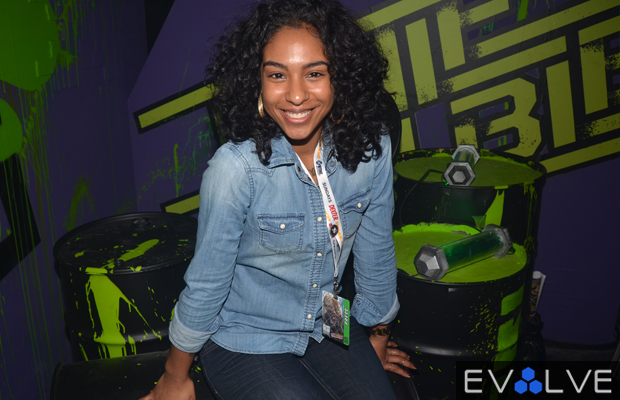 It’s been an insane four-day experience at this year’s New York Comic-Con 2012. While we were confined to our editorial duties, Evolve managed to participate in a majority of this year’s festivities and brought our new video correspondent, Wimarie Sena, along for the ride. Most of you might remember her as the sexy wild child on Season 6 of the Bad Girls Club, and are already throwing your misconceptions out there. But don’t be fooled by her reality star credentials— you’re looking at a hardcore geek with a passion for comic books, video games, and yes, even zombies.

After mingling through the cosplay crowd and talking with several of this year’s biggest attendees (Capcom, Rooster Teeth), we took over the TMNT tunnel at the Jacob Javits Center and got some personal time in with our new VJ. Wilmarie not only shares her best experiences at NYCC 2012, but also drops insight on the differences between attending the expo as a journalist rather than as a spectator. Get familiar with EvolveTV’s newest member.