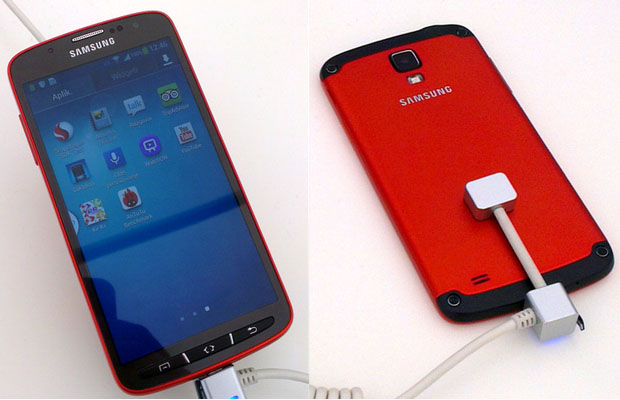 Samsung’s been crucified over the design of the Galaxy S4, with the biggest complaint being the phone’s cheap plastic exterior. Looks like the Android kingpin might have a rugged version of its flagship product in the works. MobileTechReview just released an exclusive hands-on video with what is know as the Samsung Galaxy S4 Active, flaunting a more durable back plate that is screwed in and reported to be both dust and waterproof.

But if you’re looking for a major upgrade in specs, expect to be disappointed. Reports have the Galaxy S4 Active boasting weaker hardware than the regular S4 in the form of a dual-core Qualcomm Sanpdragon CPU and 8MP rear camera. Not to mention all the capacitive touch buttons at the bottom of the screen have been swapped out for physical keys. Doesn’t sound so enticing anymore, right? Guess it depends on your mobile preference.

No official announcement has been made from Samsung, which means this could just be an unfinished prototype or possibly an international release. Until we get word from the company, it doesn’t hurt to take a look at the video breakdown below.