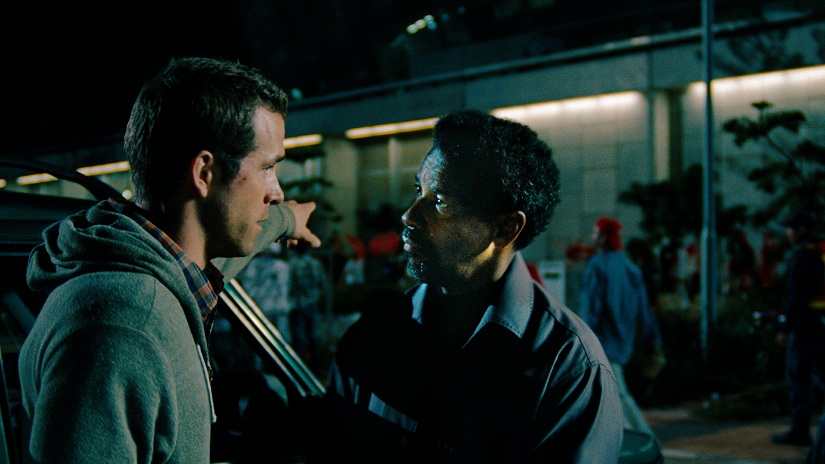 By now you’ve heard the buzz, caught minor snippets of the film online, and seen the billboards and posters. If not, you need to get on the same page as every other filmgoer. The promotional kick for Universal Pictures Safe House is in full effect and every Denzel Washington (and Ryan Reynolds) fan is gearing up for the film release February 10th. And what better way to feed off the hype than by watching some of the film’s exclusive clips, latest TV spots, and official trailer. We bundled everything together for your viewing pleasure. No really, thanks us later. Enter the mind of a sociopath and dig the dope soundtrack headlined by The Throne (Kanye West & Jay-Z) by checking out these Safe House adverts. No church in the wild baby.

A rookie CIA operative goes on the run with a rogue former intelligence officer after a South African safe house comes under attack by heavily armed mercenaries. Matt Weston (Ryan Reynolds) is a CIA agent just waiting for the perfect opportunity to prove himself. But that’s no easy task when you’ve been cooped up in an empty Cape Town safe house for a whole year. Weston realizes that a prime opportunity is headed his way, however, when he learns that former agent Tobin Frost (Denzel Washington) has been captured after nearly a decade on the run. Frost is about to become Weston’s one and only guest at the safe house, and the fledgling agent is determined to handle the situation like a true professional. But by selling U.S. secrets to countries like North Korea, Frost has made more than his fair share of enemies in high places, and shortly after he arrives at the safe house, all hell breaks loose. A small army of gunmen are determined to see Frost dead. Meanwhile, Weston will do everything in his power to protect Frost, regardless of his crimes. Now Weston’s only hope for getting out of this alive is to find out who’s gunning for them, and seek out someone he can trust before it’s too late.