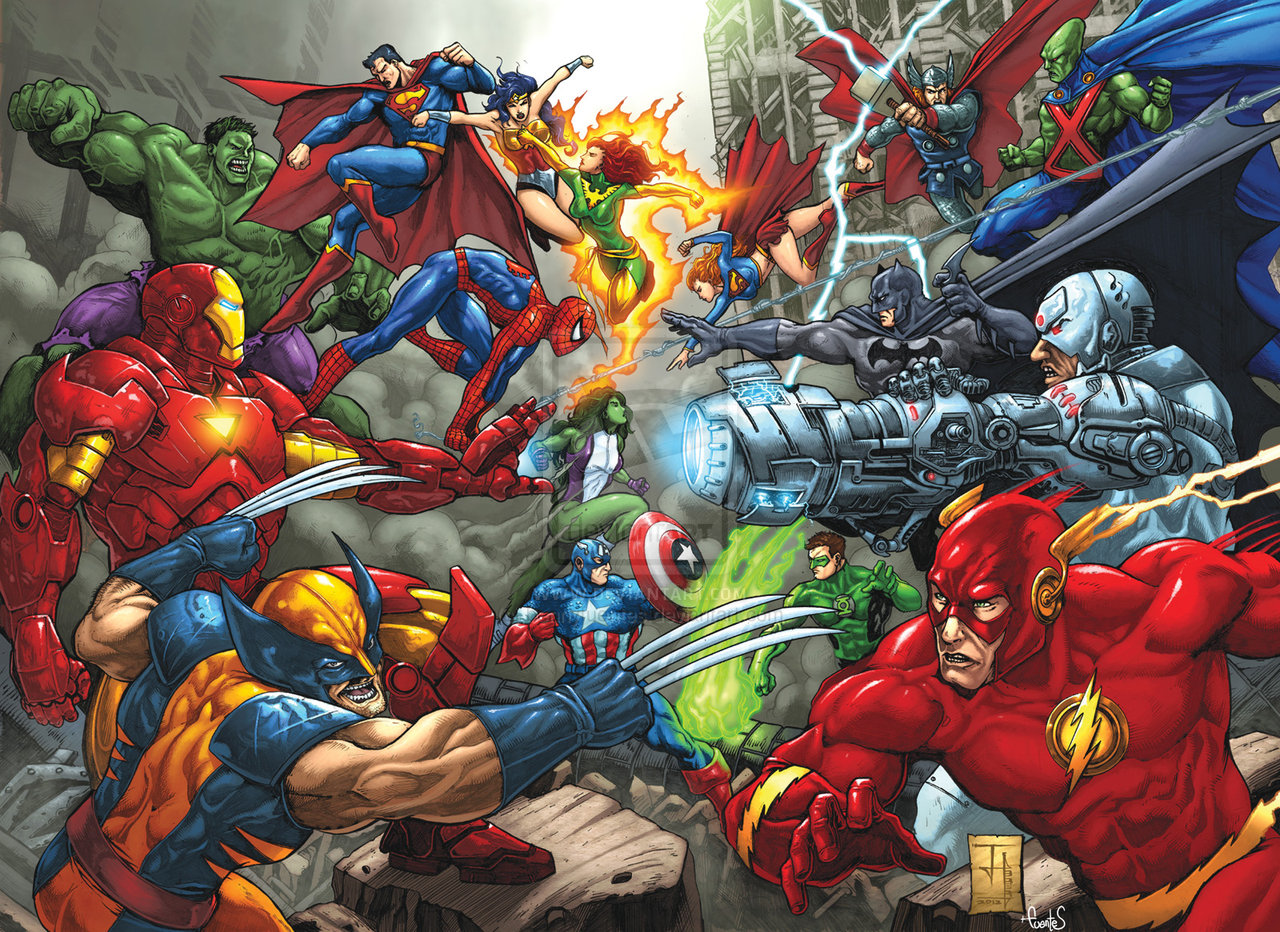 Marvel Studios is set to rake it in big this year with three potentially successful cinematic ventures ready to roll. First Earth’s Mightiest Heroes will re-assemble in The Avengers: Age of Ultron in a few weeks, then a thief has a chance to shift into a hero of different sizes in Ant-Man and then a re-imagining of a team of explorers will close out the season in Fantastic Four. DC is about to put the finishing touches on Batman v. Superman: Dawn of Justice and preparing for production on Suicide Squad for next year. Kevin Tsujihara, CEO of Warner Bros, obviously believes that even though Marvel is in high form in terms of production, DC has an edge over Marvel due to overall quality.

The worlds of DC are very different. They’re steeped in realism, and they’re a little bit edgier than Marvel’s movies.

DC Comics’ films may have fallen behind Marvel’s blueprint, but they do have discernible differences aside from characters, settings, and tone. Marvel may have set the pace with their cinematic universe, but DC is beginning to build their own universe and it will be interesting to find out how edgier they are from Marvel’s brand.