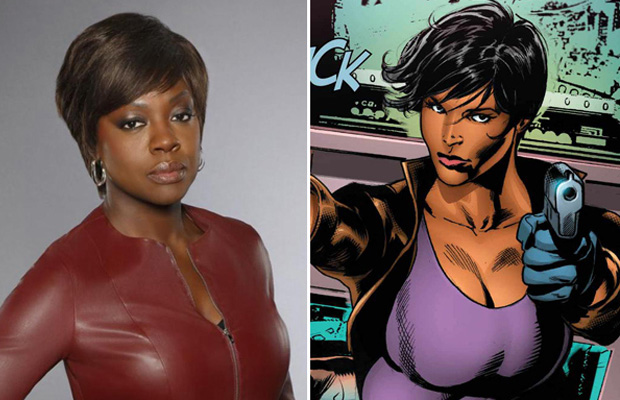 While attending the GLAAD Media Awards in Los Angeles, actress Viola Davis (How to Get Away With Murder) was asked about what drew her to her upcoming role playing Amanda Waller in the big-screen adaptation of DC’s Suicide Squad. The actress responded simply, “That she’s Amanda Waller! That she’s badass.” Although there were many rumors beginning in December regarding Davis’ involvement in the film, her role was confirmed in February. Davis will portray the ruthless head of a government program, “that employs incarcerated super-villains on secret and potentially deadly missions” under the name of “Task Force X”.

In describing her character, Davis explained her love for Waller saying, “she’s unapologetic. Everything that I’m reading and studying about her: unapologetic, no humor, just brutal. That’s me!” Davis went on to share that she admires Waller and her “ruthless” character, and that having a gun on set is her, “fantasy.” Shooting begins next month in Canada, where Davis will work alongside Will Smith and Jared Leto under the directorship of David Ayer before hitting theaters on August 5th, 2016.