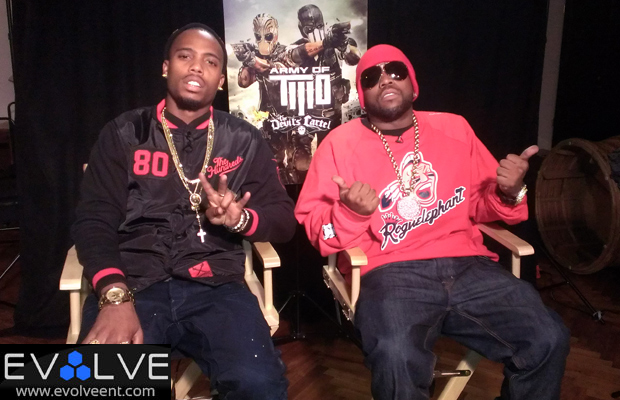 EA went hard on the campaign trail for its upcoming third-person shooter sequel, Army of Two: The Devil’s Cartel, and at this very moment, the game’s officially available at retailers. EvolveTV got an exclusive look at the title and was thrown the invite to interview two of the game’s biggest additions—rap stars B.o.B. and Big Boi. No strangers to the gaming realm, Bobby Ray’s been featured on a number of soundtracks from GTA IV to Crysis 3, where as Outkast’s second half has gotten in some onscreen time via Def Jam Icon. Joining the cast of The Devil’s Cartel as playable characters, both musicians sat with us to discuss their roles, preferences in playing the good/bad guy, and wanting to score the game’s soundtrack.