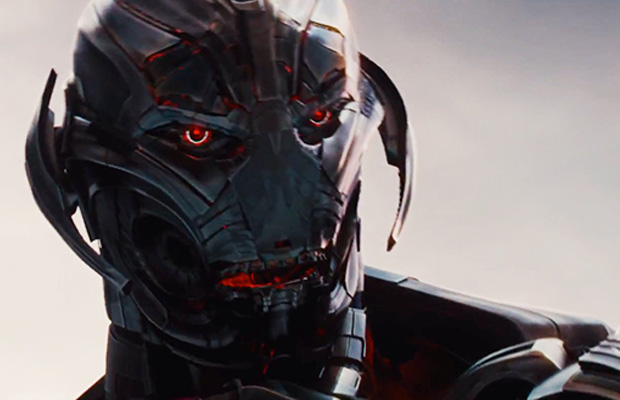 One of 2015’s highly anticipated features is the superhero blockbuster-to-be The Avengers: Age of Ultron. The title character will be played and voiced by James Spader, and his objective is a relatively simple one: purge the Earth of humanity and establish a race of machines similar to him as the dominant species of the planet. In the comics, Ultron is a creation by Avenger and scientist, Dr. Hank Pym, aka Ant-Man, but he won’t be featured in the culminating conclusion of the Phase 2 installment of the Avengers Initiative; Ant-Man will star in his own feature a few months after Age of Ultron. Director Joss Whedon altered the origin story of the artificial intelligence where Tony Stark, Iron Man, will have a hand in bringing Ultron to life. Now, Ultron’s origin story and profile are revealed.

First discovered as a simple computer program hidden among the ruins of the Chitauri invasion of New York, the being known as Ultron soon completed its development into a sophisticated artificial intelligence after some experimentation by Tony Stark.

Ultron’s first shocking ultimatum upon gaining consciousness was to declare the human race its enemy. Setting out to exterminate all life on the planet, the unstable and emotional Ultron seeks to upgrade its mechanical body to an ultimate, unstoppable form. With an army of robotic drones and the ability to enter and corrupt any computer network, Ultron will stop at nothing to see humanity wiped out.

Ultron’s emergence also gives rise to a new character, The Vision. Actor Paul Bettany has been promoted from the disembodied voice of Iron Man’s aide JARVIS to portraying The Vision. In the comics, Ultron created The Vision to become the archetype of what Ultron wanted to replace humanity with only to betray Ultron and side with the Avengers. His profile has been altered for the film as well.

Programmed by the combined geniuses of Tony Stark & Bruce Banner and imparted with the ability to fly, project intense energy beams and change the density of his form, the Vision has proved himself a worthy hero, aiding the Avengers in their struggle against the evil A.I. Ultron.

Age of Ultron is a few months away from being released, but info such as this certainly paints a picture as to how Ultron will rise to challenge the Avengers and how The Vision will play a part in this conflict.