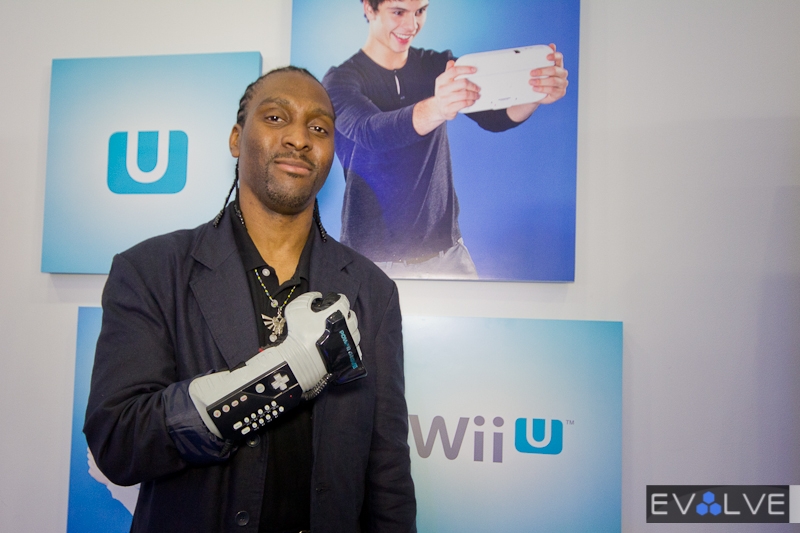 Most Nintendo fans should be familiar with the man known as Isaiah “TriForce” Johnson (@EMP_TriForce_GM). You might recognize him as the dude who rocks his own Power Glove at every major Nintendo launch or as Big N’s biggest community ambassador. EvolveTV caught up with the hardcore gamer at the Wii U Preview Event in NYC to discuss a number of things: including his impressions on the system, personal take on Wii U versions of Metroid Prime and Zelda, and of course, the trademark glove wear. He makes some interesting points about Samus and Link’s future adventures. TriForce, take it away homie.