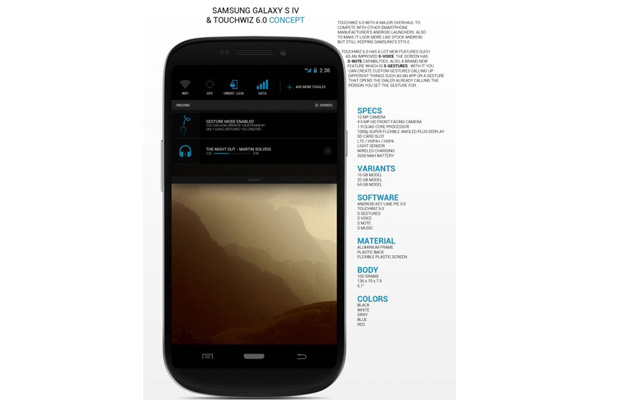 Most of you won’t come out and say it, so we play the bad guys on this one–TouchWiz needs a facelift. Nikolai Prettner agrees with us and hopes to persuade Samsung with his own TouchWiz 6.0 concept, which also supports Android 5.0. One glance at the image and you can obviously see the UI looks much sleeker. On top of a new skin, Prettner feels the device should sport several other upgrades: including a 5.1-inch Super AMOLED Plus flexible screen, 1.9GHz quad-core processor, 2GB of RAM, 12MP rear camera, 4.5MP front-facing camera, and 2650 mAh battery with wireless charging capabilities. No arguments here.