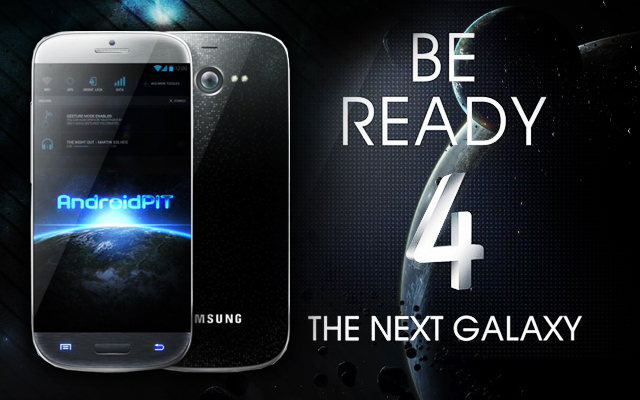 We’re closing in on the official unveiling (and hopefully, launch) of the Samsung Galaxy S IV. It’s good to finally hear specs have been confirmed for the device, which consists of Android 4.2, a 1.8 Ghz Quad-Core CPU, PowerVR SGX 544MP GPU, 13MP rear photo camera, 2.1MP front-facing shooter, 2GB of RAM, and 16/32GB of internal memory. Guess we know what will lead the smartphone front heading into the summer. But even with strong presences at the two biggest tech conventions this year (CES 2013 and MWC 2013), the company’s still kept us in the dark as to what its next-gen Android device will look like when unveiled on the 14th. Well, that didn’t stop a handful of aspiring designers from building their own mock-ups in anticipation of the upcoming event. Wishful thinking at its most innovative, get a taste of the 5 Hottest Samsung Galaxy S IV Concepts floating around the Web.