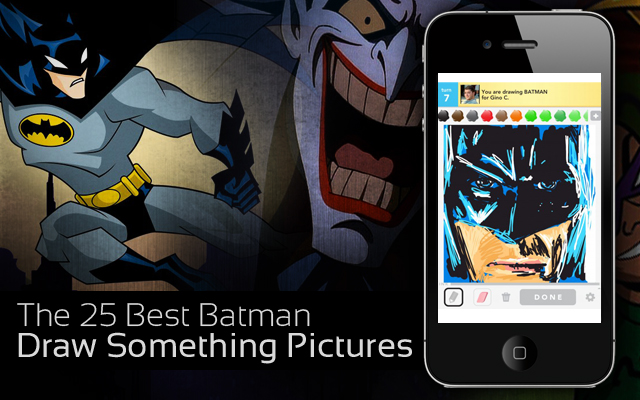 Graphic novels, blockbuster films, television programs, and even video games—the Batman property has captured the imagination of millions by introducing awesome storylines, insane villains, and oh course, the greatest superhero badass of all-time. The Caped Crusader’s been getting a ton of love on the mobile circuit lately, as devoted graphic designers have composed numerous sketches via Draw Something inspired by the DC franchise. Sure, the Android and iOS game has lost some serious momentum as of late, but that hasn’t stop diehard fans from putting out some amazing artwork. And just in time.

So as we celebrate the release of The Dark Knight Rises, we ask you give these designers some props (and feed off the momentum) by checking out this sweet collection of the 25 Coolest Batman Draw Something Pictures.